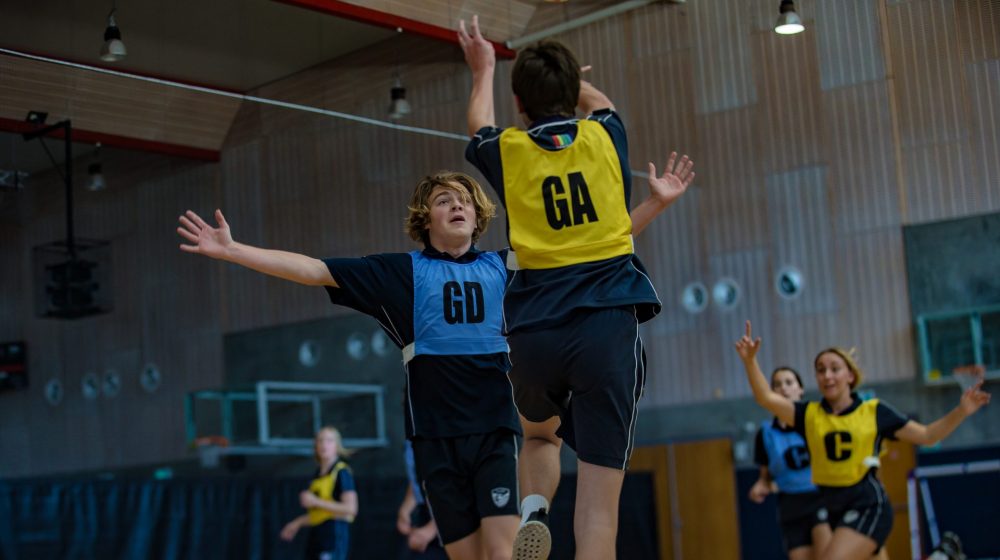 FFMN was the brainchild of Teacher Lorraine Keith. Keen to keep kids moving, find ways to prepare students for regional based competition, and introduce an activity that included boys and girls, Lorraine launched the first FFMN competition three years ago to students in Years 11 and 12 and later, Years 9 and 10.

Feedback from students has been incredible. “Before this year’s competition finished, the Year 12 boys were asking if I could run another competition!” says Lorraine. “They love playing with their friends and just enjoying the challenge (for the boys in particular) of the new rules.”

While some students love the thrill of the game on the court, others enjoy controlling the action on the sidelines – as student umpires.

“Umpiring at any time can be challenging,” says Lorraine. “Umpiring peers can be really challenging; however, our umpires have done an incredible job and have drawn praise and admiration from the players.”

A fast and energetic game, FFMN attracts large numbers of students to the competition. The competition had 50 registered players – 22 of them boys.

“Due to the existing competition’s success, a Year 7 and 8 competition is also in the planning stages,” says Lorraine. “I’d encourage senior students to get involved. It’s a great lunchtime activity, and the games are excellent examples of high skill and healthy competition.”

FFMN is similar to seven-a-side netball, except there are only five players (three girls and two boys) on a team. FFMN also has different scoring allocations where teams can score one, two or three-point shots. Each team nominates a ‘power play’ quarter where any points scored are doubled – this creates a new level of strategy and energy to the game as one shot can give a team six points and can win, or lose, a game for a team.

Strength and Conditioning for sporting success