Dan Nash (2000) is living his dream job in the music industry.

A career in the music industry seems like every teenagers’ dream job!

Dan Nash (2000) also had that teenage dream, and went on to live it! Read more about Daniel’s live music career. 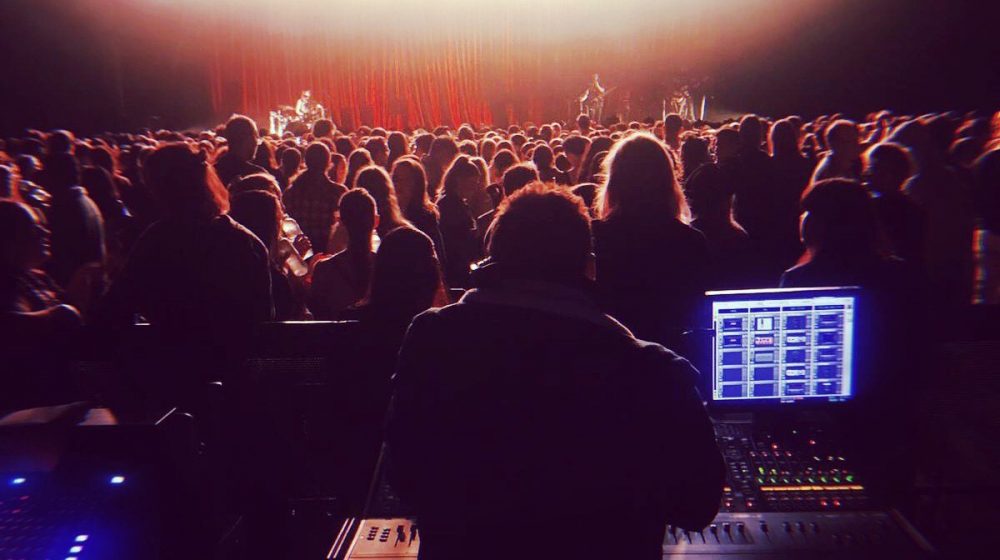 You graduated in 2000, what have you been doing since leaving school?

I’ve spent the last 20 years working in the music industry. I graduated at the top of my class at audio college and was offered an internship at Australia’s leading recording facility, Studio 301. I spent many years managing a studio owned by Col Joye and went onto radio imaging for the Australian Radio Network.

A move into live sound 7 years ago now has me touring with artists as a Front of House (FOH) Engineer and tour manager.

“Money isn’t everything, but it’s so much easier nowadays to be creative and follow your passions and make a living from it.”

What do you love most about working in the music industry?

The best thing about my job is that it doesn’t feel like work! I’ve always had a musical background, and being able to work within that industry is rewarding.

Admittedly, I spend a lot of time on planes and in hotels (with little sleep), but I wouldn’t change it for anything. My highlight so far has been mixing audio for 40,000 people in the Domain for the Florence and The Machine support. There were only two concerts in Australia, so it was very special.

Has the Coronavirus impacted you?

Yes! Unfortunately due to the nature of the live music industry, events and travel are on hold. I was supposed to be on tour with the artist, Thelma Plum, who had 15 gigs across Europe scheduled during April/May 2020 – hopefully, that will happen in 2021.

What trait did you learn at school that has helped you succeed? Did you have a favourite teacher?

HVGS was very supportive of my choice to work in the music industry.

I played the drums from an early age and was awarded a scholarship at HVGS when I was in Year 8. The technical side of things came into play during high school where I started fiddling with mixing and lighting consoles, and I began to pay attention to the sounds in recordings and how things were amplified in a live setting.

“I was encouraged to chase that dream, so it was confidence that I learned at HVGS.”

Mr Richardson – Head of Music at the time -was my favourite teacher; always very supportive and encouraged my musical ambitions.

The musicals and band performances during assembly are favourite memories. We were also allowed to put on concerts for the other students. In 1999 when I was in Year 11, I played the drums for the whole school production of Joseph and his Technicolour Dreamcoat; Mrs White was my drama teacher and was very supportive.